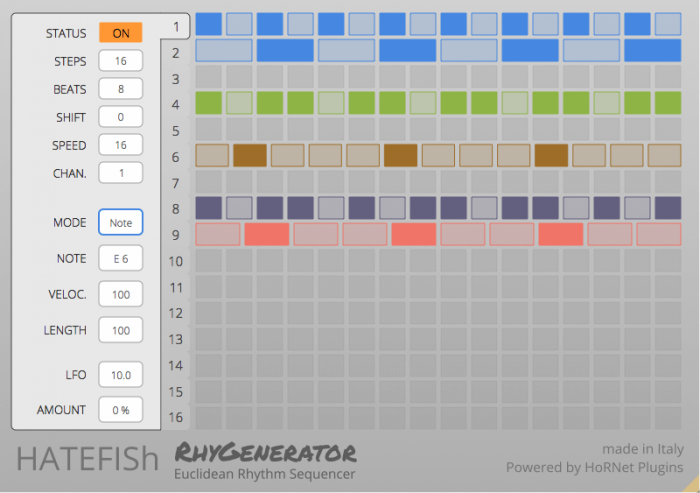 RhyGenerator is an Euclidean step sequencer made by HoRNet Plugins together with the electronic music artist HATEFISh. The sequencer is designed to distribute as evenly as possible a certain number of “beats” in given number of “steps”.

Simply put, with RhyGenerator you can create up to 16 different rhythms, consisting of up to 32 steps each. Those 16 lanes you have on the GUI of the plugin are actually 16 different step sequencer linked to your DAW tempo and each of the sequencer can work in multiple modes.

The update is free for current owners of the plugin and can be downloaded from the HoRNet user area.