HoRNet Plugins has released version 1.2.0 of its Magnus brickwall limiter effect plugin for Windows and Mac. 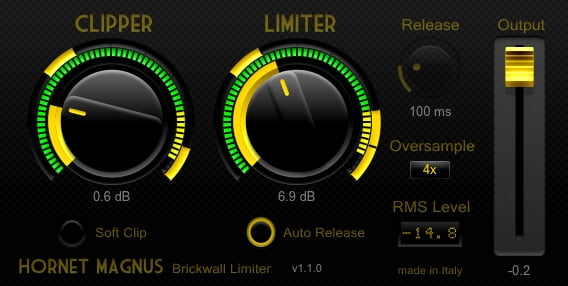 Magnus is a 2 stages brick-wall limiter, its purpose is to make your tracks the loudest possible.

To achieve this the limiting process is divided in two steps: the first is a clipper, hard or soft, that let you cut away those small peaks that nobody is going to hear, the second is a limiter with a fixed threshold of -0.2dB.

Simply use the two big knobs to increase the level until you are getting the right amount of gain reduction by any of the two stages.

Magnus for Windows and Mac (VST/AU/RTAS/AAX) is available for purchase for 19.99 EUR.