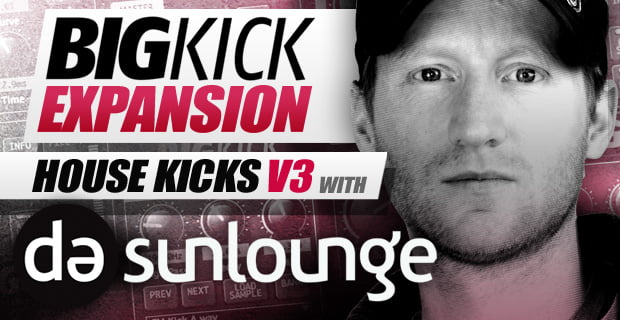 For the last 15 years Da Sunlounge has been making and releasing a steady stream of sleekly crafted House Music for labels including 2020 Vision, OM, Salted Music, Defected, Tango, Double Down & more. His music has featured on legendary compilations from Fabric, Defected, Ministry of Sound and received A-list dj support from the likes of Danny Rampling, DJ Sneak & the likes.

You can expect an expertly produced collection of 64 BigKick presets ready to be dropped into all styles of House and 4/4 music. The selection features deep and punchy warm kicks with characterful highs, tailored mid-range and powerful defined low end designed to ensure keep the kick remains upfront in the mix. Expand your BigKick library and get to work on the next Ibiza Classic!

House Kicks V3 with Da Sunlounge is available for purchase for £7.99 GBP.