House of Loop has launched a new sample pack called Artslaves: Tech House Masters, a collection of loops and samples by Italian duo and co-owners of Moan Recordings, Alessandro Rondinone and Domenico. 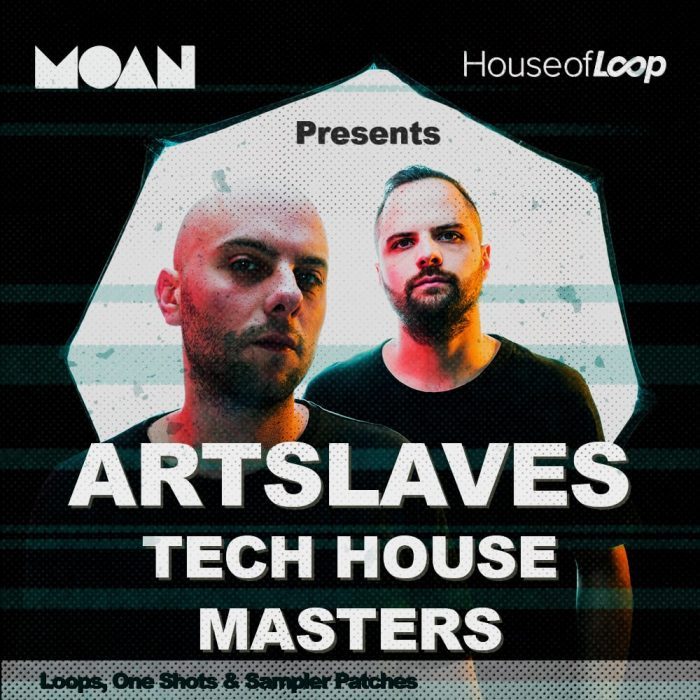 Artslaves came about around 2012. This group got a kick-start in their career when they were supported and received acclaim from various world famous DJ’s. As well, the duo created buzz with their initial release on the labels, Inmotion Music and BlaBla. The track, “Squilla” with Mario da Ragino being a popular track from the Inmotion Music recording. Furthermore, their last EP that featured a DJ Wade climbed to a great spot on the Beatport Top 100 Tracks, from this the song could be experienced at most festivals like: Music On, Amnesia, Cocorico, and Kappa Future Festival.

After that the group did various work with other producers: A remix to a Miguel Lobo track with the Re-UP and Jordan Peak, on Desolat or Desolat Pupil’s EP with the aid of Bimas & Francisco Allendes, and Luca Agnelli & Sable Sheep, etc. The duo saw their first EP on their own label, Moan, in 2013 featuring Loquace from France, Dj W!ld and a Hector.

Artslaves then used their release as a platform to play festivals and parties in: France, Hungary, Italy, Spain, and the U.K. One of their big performances was at Sonar Off in 2014 where they were alongside: Gel Abril, Leon, Macromism, Marco Faraone, and Nick Curly and they have played at Vision Room in Belgium along with other locations. Now You too can have material that enlists Artslaves’ sound via their being veterans with 10 plus years under their belt, own personal vibe, and funky house techno influenced music. Get ready to get technical So unleash this technical pack and stop being a slave to using your own beats and make your music “off the chain” with this House of Loop Artslaves pack, today!

Get the sounds of Formula 1 with new ambience library by U.S.O.