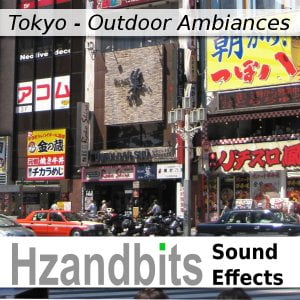 This sound effects collection was recorded in the relatively quiet streets of Setagaya Ward in Tokyo, in the narrow streets of residential Sakura neighborhood, as well as around Kyodo Station. Recorded exclusively using stealth methods (near-concealed microphones), this is a slice of life, as lived by the locals of this rather pleasant middle-class neighborhood.

By design, these sounds are mostly fairly uneventful and suburban in character, with the focus on getting multiple perspectives of just a few locations – where possible and sensible.

Sounds include traffic in the form of cars, trucks, lots of bicycles and pedestrians, commuters at Kyodo Station, cicadas at night, Japanese crows cawing, as well as the unmistakable sounds of a Buddhist cemetery in a light breeze (!). In short; just the right sounds to make Japanese suburbia come alive in your productions.

The sample library features a total of 106 minutes/33 files, all in 24bit/96kHz quality. It is available for purchase for $52 USD.