IK Multimedia has launched a sale on AmpliTube Jimi Hendrix, offering a 50% discount on the guitar amp effect suite that aims to bring you the authentic Hendrix tone. 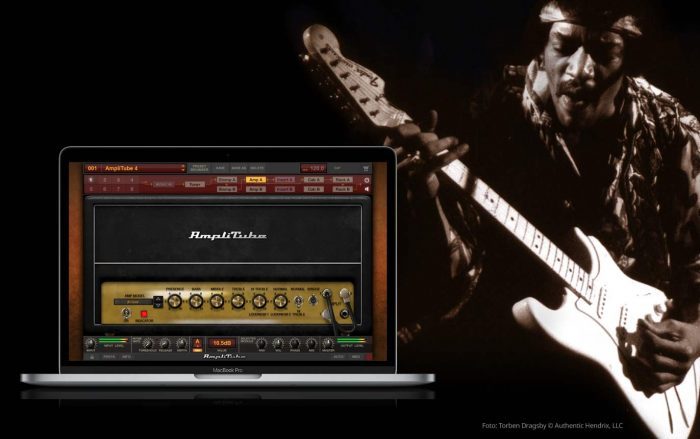 AmpliTube Jimi Hendrix Anniversary Collection gives you 7 amps, 7 cabinets, 5 microphones, 11 stomps and 4 rack effects, for a grand total of 34 pieces of vintage Hendrix gear! You’ll be able to plug into the same stuff Jimi used to create the sounds that to this day are still regarded as THE voice of the electric guitar — the sound that will bring you back to the Woodstock era, while still sounding incredibly fresh and contemporary.