Audio Plugin Deals has launched a promotion on the Black 76 Limiting Amplifier FET compressor/limiter by IK Multimedia, offering the plugin as a FREE download for the next two weeks only. 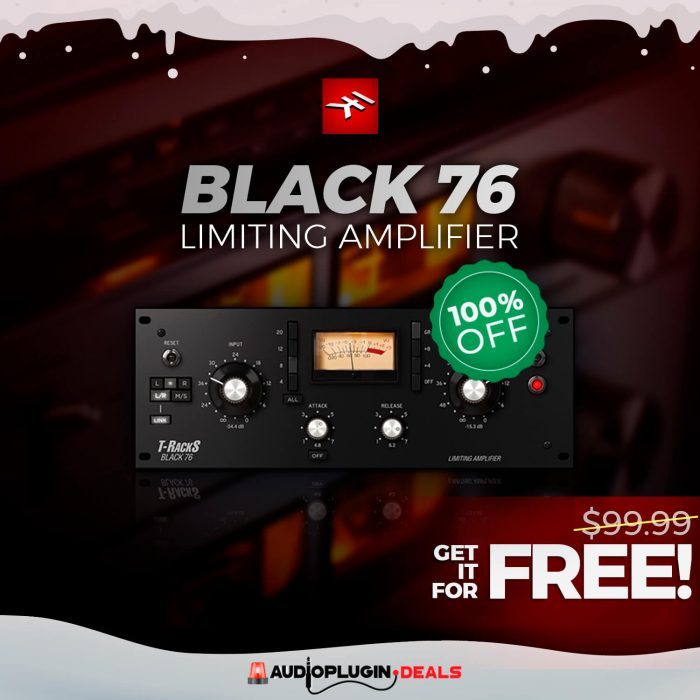 The Black 76 Limiting Amplifier is modeled after what is probably the most used, most known and most universally recognized compressor/limiter in the audio industry.

There are probably no professionally recorded tracks where this unit wasn’t used. It’s a true legend and a piece of music production history.

The engineers that made this FET based compressor reached a level of cleverness and magic that only true visionary geniuses can achieve. While there are many revisions of this hardware, IK modeled the LN version, revision E, because it’s the one that has the most sonically recognized and sought after character thanks to its input transformer and class A output stage.

It is easy to use even with no musical programming experience.

Regularly $99.99 USD, the Black 76 Limiting Amplifier is available to download at no charge until December 24th, 2019. The plugin supports VST/VST3, AU and AAX formats for Windows and Mac.

Ghosthack Christmas Sale: Get up to 90% off drums, Serum presets, vocals & more

iZotope Customer Appreciation Month: Save up to 80% on upgrades and crossgrades