iLoud MTM is designed to deliver pristine sound and an unprecedented level of accuracy that redefines nearfield monitoring for the modern, computer-based, professional and home studio. 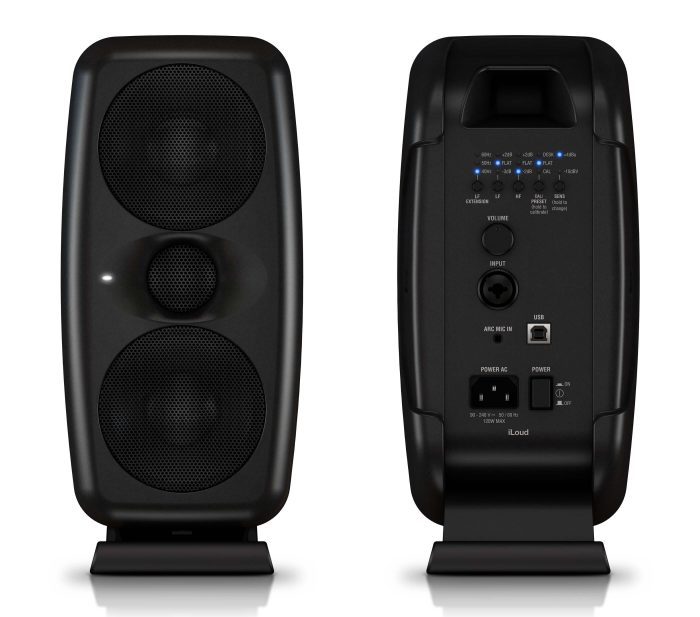 When IK’s earlier monitor system, the iLoud Micro Monitors, launched in 2016, producers and engineers at every level marvelled at the performance coming from such a small setup, so IK challenged its design team to push this concept even further and create a new compact design with a sound quality that would rival monitors several times the price and provide innovative features not found anywhere else.

iLoud MTM offers an ultra-flat frequency response, but more importantly, a truly linear phase response as well – a premiere feature in this price segment available only on a handful of products costing considerably more – to provide natural, true-to-life sound. This is achieved through IK’s advanced DSP expertise that also provides for digital crossovers and self-calibration derived from IK’s award-winning ARC System. This enables iLoud MTM monitors to deliver unsurpassed accuracy, clarity and transparency, with a generous 100W RMS power and a class-defying 40 Hz to 24 kHz frequency response.

In addition, the symmetrical MTM design provides superior imaging and precision, even at close distances, with a perfectly perfect sweet-spot, thanks to the included tilt-able isolation bases. This enables users to create mixes that will translate across multiple playback systems, with no ear fatigue.

Building upon IK’s acclaimed iLoud Micro Monitors, this new compact monitor delivers the accuracy and bass response of larger monitors, and superior audio quality when listening at close distances. This makes iLoud MTM the ideal monitor for nearfield work and a workhorse monitor for desktop use in a home or project studio.

Save up to 60% off Zero-G Vocal Factory, Ambient Soundware & Altered States