IK Multimedia has announced iRig 2, the sequel to its iRig guitar interface. 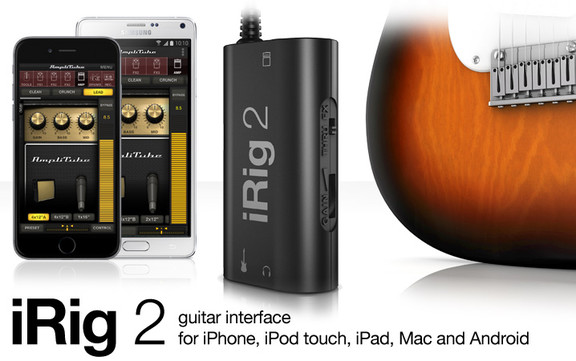 Announcing iRig 2, the sequel to our groundbreaking and best-selling iRig guitar interface. iRig 2 builds on the design that made its predecessor so popular. It pairs great sound and streamlined convenience with new updated features like versatile input gain control, a ¼” amplifier output jack and Android compatibility. iRig 2 makes for a versatile tool that’s perfect for practice sessions, live performances, jamming with friends, recording and more.

Now everyone can plug in their guitar or bass to enjoy killer tone on their iPhone, iPad, iPod touch, Mac or Android device — with the release of iRig 2, the world’s most popular guitar interface is better than ever before.