IK Multimedia has announced that its iRig Pro I/O audio/MIDI interface is now available in over 200 Apple retail and online stores worldwide. 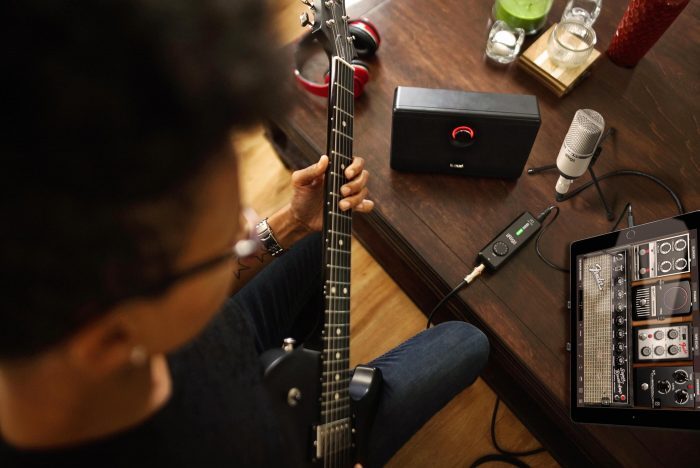 iRig Pro I/O lets musicians connect all their gear to their mobile devices or computers to make music and produce audio, anytime and everywhere, with a portable, pocket-size mobile studio they can always carry with them. The combo microphone and instrument input allows users to record high definition, studio quality audio anywhere.

A MIDI input and output allow to connect keyboards and controllers and a headphone output jack with a dedicated volume control is perfect for use with the new iPhone 7 and its future generations.

iRig Pro I/O is a truly powerful, professional and portable recording solution that operates on AA batteries when connected to an iOS device, or on USB power when used with a Mac. When used with an optional power supply unit, it even charges a connected iPhone or iPad during extended sessions.

A huge selection of IK’s award-winning apps and software is also included with iRig Pro I/O enabling complete music productions with a total value of more than $/€500.

iRig Pro I/O is available now from Apple.com and at more than 200 retail locations worldwide.

Loopmasters Artist Series Sale: Save 50% off for limited time