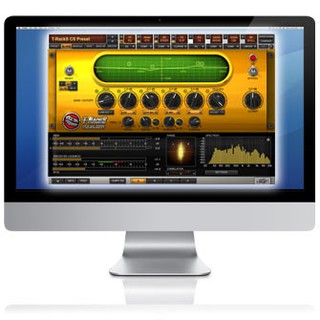 IK Multimedia has announced the launch of the T-RackS Custom Shop, the updated version 4.0 of its world-class mixing and mastering suite for Mac and PC.

Now T-RackS is even more powerful, with the new Custom Shop feature, which was originally introduced in our AmpliTube software. Custom Shop opens from within T-RackS, and lets you browse, audition, and purchase any processor in the T-RackS collection. It’s like having a really cool vintage and cutting edge modern digital gear shop at your fingertips, 24/7.

On top of this, five new processors have been added to the T-RackS lineup, including the Quad Series of precision multiband units, and the British Channel, a meticulous emulation of the channel strip from a classic mixing desk. Black 76 and White 2A, vintage dynamics processors have been updated to make them even more authentic and hardware-like sounding. 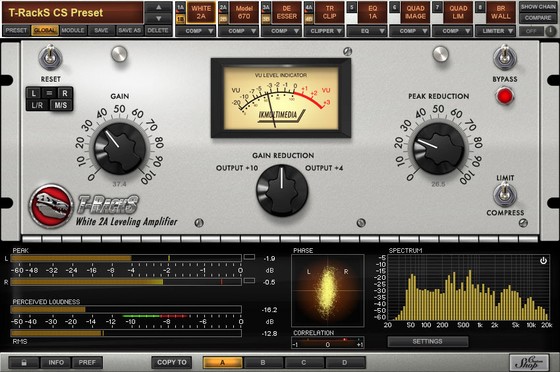 The White 2A Leveling Amplifier in T-RackS Custom Shop.

A free version of T-RackS Custom Shop is also available, including two fully functional modules (classic EQ and metering). It can be downloaded for free from the IK User Area upon registration.