IK Multimedia has announced that it offering all its users 25 additional JamPoints to use during the holiday season. 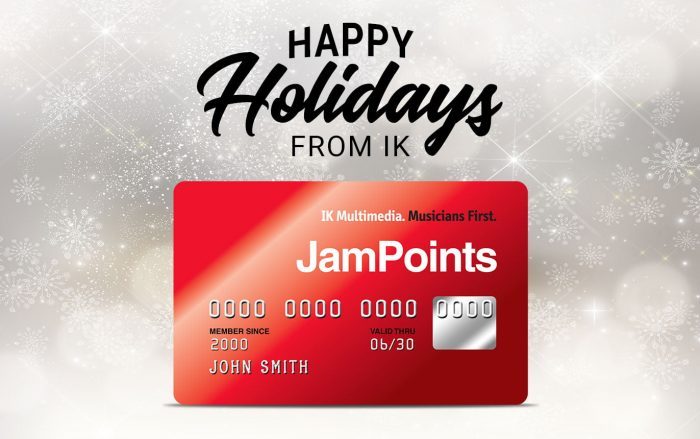 Get the most out of your JamPoints by taking advantage of our Happy Holi-deals promotion, Build your own Rig promotion, or to even pre-ordering the newly released SampleTank 4.

Or, turn the favor around and spend the JamPoints on a gift for a special musician in your life.

The JamPoints will become available by signing into your IK User Area.

JamPoints are redeemable only in the IK Online Store, and they can be applied to any current product in the store to get a discount.