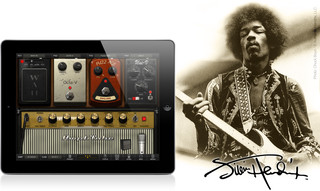 All our Hendrix products are released in collaboration with ®Authentic Hendrix, and provide guitarists with stunningly accurate Hendrix tone. We even give you presets in the form of a Hendrix discography, so that you can dial up genuine settings from specific songs. Like all of our AmpliTube products, the various forms of AmplTube Jimi Hendrix offer extras such as recording capabilities, speed trainers, metronomes, and more.