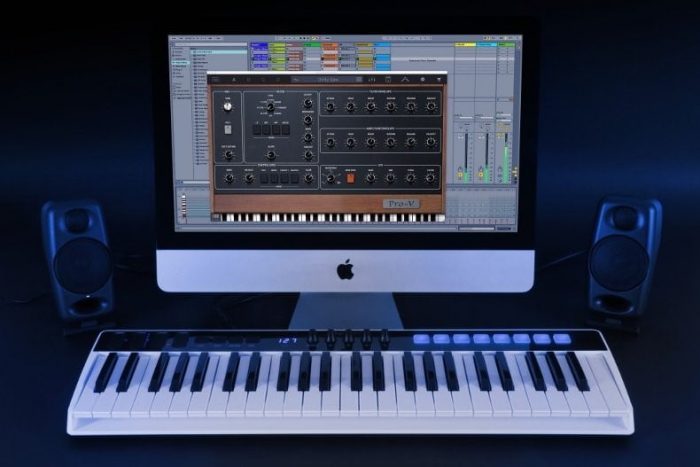 The new firmware introduces a preset that gives Ableton Live users full command of their performance with plug-and-play simplicity. All MIDI mappings and connections are automatically established, taking guesswork out of the equation and bringing the creative versatility of the controller to a higher level.

Plus, the new firmware now makes it possible to use the drum pads to control the mute function of the tracks, for a more live performance-focused approach.

Other changes in include adjustable drum pad sensitivity for dynamic and responsive beatmaking and easier preset navigation using the PROG Up/Down buttons on the iRig Keys I/O. It is now also possible to keep all LED lights of the iRig Keys I/O gently lit up, so that the controls are easily identifiable in dark environments.

The firmware update is now available to download from the IK User Area at no charge.

MidEast Vocals sample library 40% OFF for one week only