IK Multimedia has announced the availability of MixBox CS, the iPad version of its successful “500 series-style” virtual rack plugin for Windows and Mac, MixBox.

The customizable channel strip offers musicians, producers, engineers, or anyone who loves creating new sounds, all the effects they need in one “rack” to mix faster and more efficiently anywhere. 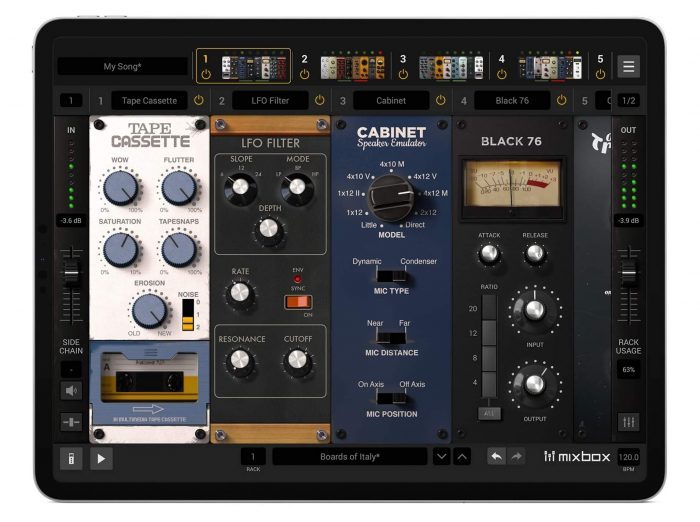 Supporting AUv3 plugins, MixBox CS works seamlessly with popular AU Hosts, including GarageBand, Cubasis and many more, massively expanding any user’s built-in effects options and mixing tools. Users of the desktop version of MixBox will be right at home and able to transfer production work between the two.

Beginners will benefit from having high-quality effects and 600+ presets at their fingertips to kick-start their creativity, while advanced users can speed up their workflow by using the customizable format to save and recall whole custom effects chains instantly.

MixBox CS is now available on the App Store for an introductory price of $39.99 USD (regular $59.99 USD). Users who register their MixBox CS with IK Multimedia will receive an additional collection of Signature presets.