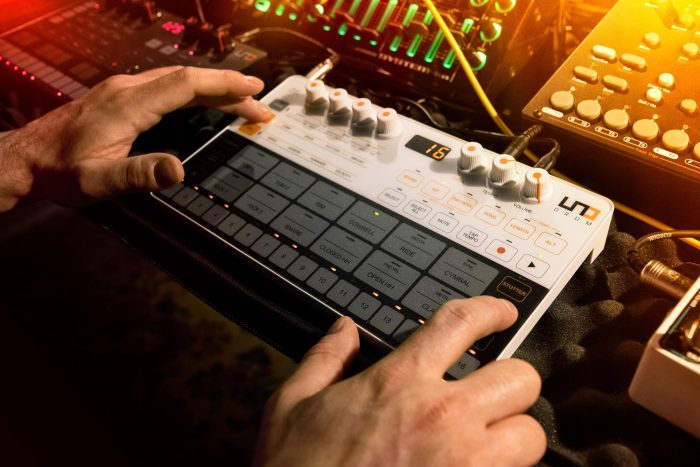 UNO Drum is the ultimate beat creation station for anyone and everyone to create warm, punchy, high-quality, and inspiring grooves. Made in collaboration with Italian analog specialist Soundmachines, UNO Drum follows the acclaimed UNO Synth, combining massive analog tone with digital flexibility and convenience.

UNO Drum makes it easy to program and perform using the widest sonic palette to add professional drum grooves to your music.