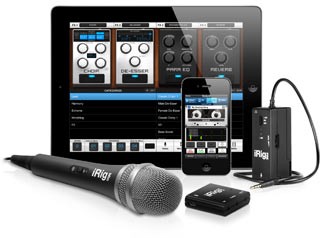 IK Multimedia has announced the release of version 1.5 of VocaLive, the professional vocal effects processing app for iPhone/iPod touch/iPad.

VocaLive for iPhone/iPad is a professional quality real-time vocal effects processor for singers, songwriters and performers that offers “near-zero latency” for live performance on stage or in the studio. It features a suite of 12 professional vocal effects like reverb, delay and compression, and adds in more creative effects like morphing, pitch correction and harmonizing making it the most comprehensive full-featured vocal performance and recording studio app.

VocaLive is available at the App Store for $19.99 USD/17.99 EUR. VocaLive 1.5 is a free update for current VocaLive users. A free, expandable version is also available that allows the user to purchase the individual effects a-la-carte inside the app.