The domra is a Russian folk instrument, popular among sixteenth century Russian musician/jesters called “buffoons”. In 1648, by order of the king the persecution of buffoons quickly resulted in the disappearance of the domra. “Re-discovered” in 1896, it was reconstructed by master luthiers Andreev and Nalimov, and has since evolved into today’s three orchestral versions: (small, alto, bass) with a quarter tone scale. 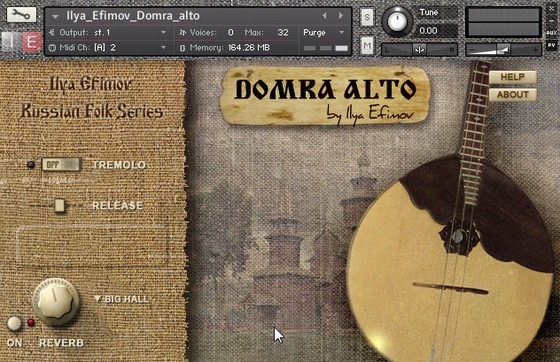 The domra alto has three strings but sounds an octave lower than regular dormas.