Image-Line has released version 1.8 of Deckadance, a DJ mixing application for Windows and Mac.

Deckadance is a DJ mixing application that works either as a standalone program OR as a VSTi inside your favourite host. Deckadance itself can also host any VST compliant softsynth or effect.

You can control Deckadance using most (if not all) existing midi controllers & timecoded vinyl and CD systems. 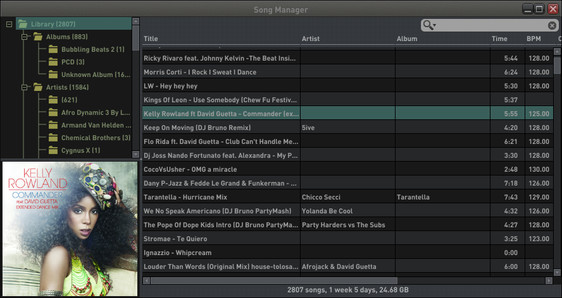 Deckadance for Windows and Mac is available to purchase in a Club Edition (with full functionality) for $179 USD. Deckadance House Edition (excluding the timecoded vinyl/CDJ transport control functions) is $99 USD.