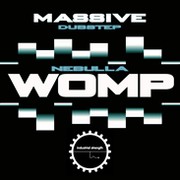 Understanding the true need for certain sounds in Dubstep was essential when making this kind of pack so when we asked producer, remixer and sound designer Nebulla to share his slamming studio presets it was a no brainer for us.

Nebulla is also the owner of Code Of Arms Records in New York and is responsible for fusing Dubstep and hip hop with his Enter The Dubstep compilations for I Hip Hop which included remixes and new productions for the WuTang Clan and Brand Nubian. He also produced our Climb pack with Lenny Dee.

Massive Dubstep – Nebulla Womp is available to purchase from Loopmasters for £16.95 GBP.