Industrial Strength Samples has announced Subground NI Massive, a collection of Massive presets that puts the genre-bending Subground style in your hands. 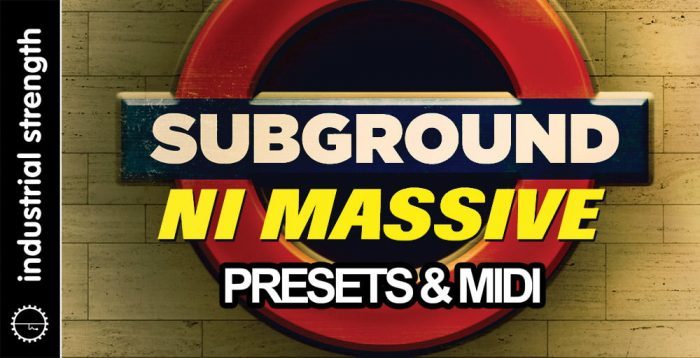 The rafter-rattling Subground sound has been spreading like fire across Hard Dance and Electro scenes alike. Drawing influence from Techno, Electro, and Hardstyle these Subground Presets for NI Massive give you maximum control to customize and tweak in any EDM, Big Room, Hard style, Rawstyle and modern Club-style track Each preset was meticulously produced by Michael Moscoso, the prolific sonic craftsman who created our Sounds Of Tomorrow NI Massive, EDM Spire and Spire Club Essentials.

The soundset is available from Loopmasters for £14.95 GBP.