Inouï Samples has announced the release of Shepard Designer, a Kontakt instrument library that lets you create the Shepard tone audio illusion. 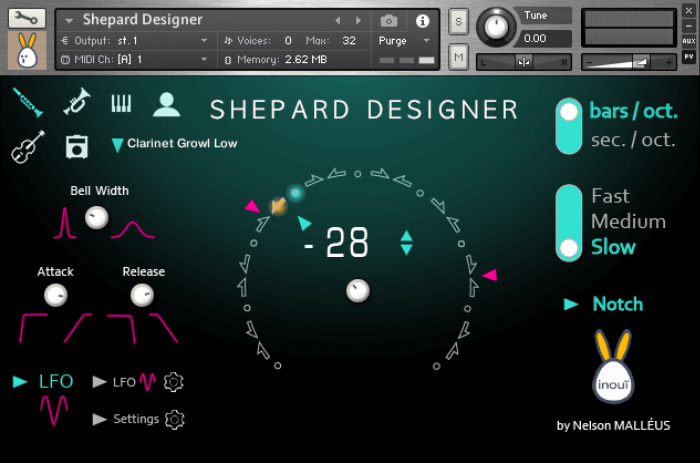 The instrument offers real-time control of the slope direction and speed, and an amplitude bell to go from the most precise sound to the largest effect.

The Shepard tone is a famous auditory illusion faking an infinite rise or fall. Shepard Designer allows you to instantly and incredibly easily create this effect. The instrument comes with 144 varied exclusive instrumental sources, and it even works with your own sounds!

Monophonic synthesis based on 9 layers of samples.

Shepard Designer is available for the intro price of 60 EUR (regular 80 EUR). Requires the full version of Kontakt 5.8.1 or higher.