Plugin Boutique has launched a sale on Zynaptiq’s Intensity, a dynamic audio processor for mixing, mastering and sound design. 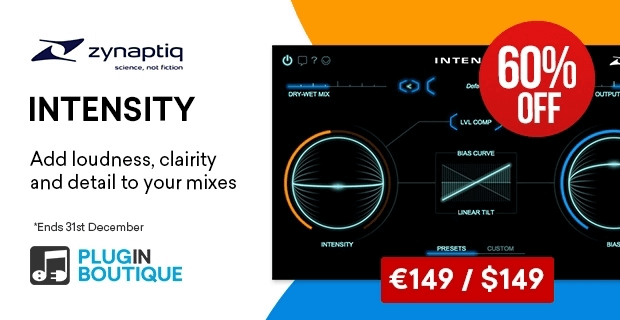 LANDR End Of Year Sale: Get 25% off on yearly subscriptions