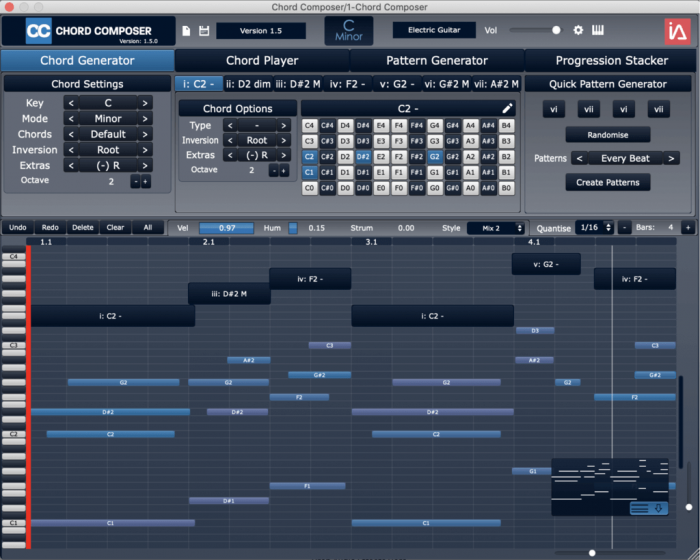 The Chord Composer is an extremely powerful Chord Progression Plug-in. Not only does it allow you to quickly and intuitively generate Chord Progression ideas, but it also provides you with limitless functionality to edit and fine tune your progressions.

Whether you are new to Music Theory, or a seasoned Composer, we are confident that the Chord Composer will prove to be an invaluable tool in your Music Production Process.

Chord Composer is available in VST, AU and AAX plugin formats, priced at £40 GBP incl. taxes. The update is free for existing users.