A.O.M. has announced the release of Invisible Limiter G2, a transparent mastering limiter effect plugin for Windows and Mac. 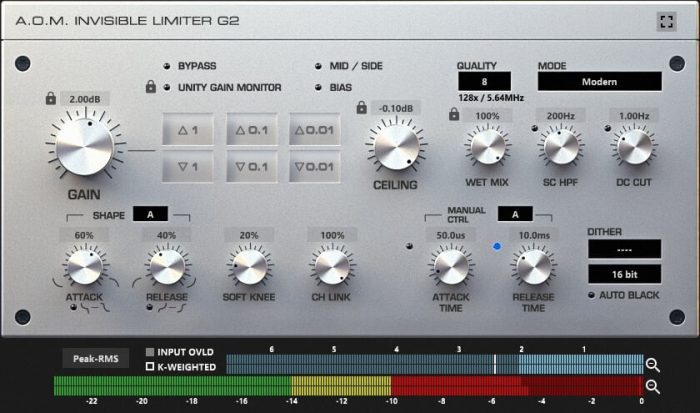 Invisible Limiter G2’s basic algorithm is inherited from Invisible Limiter, but there are a lot of enhancements, such as reduction shape controls, soft-knee, channel link, manual attack/release time, dither, side chain filter, etc.