ircamLAB has announced the release of a major update to the TS2 audio editing and time stretch application for Windows and Mac.

Version 2.1.3 includes many useful enhancements asked for by users and bug fixes to improve the quality of numerous aspects of the software.

ircamLAB TS2 sets a new standard in digital audio editing. It is a powerful audio toolbox application for professionals to edit or magically transform, time-stretch and manipulate audio files.

TS2 is on sale for $49 USD through September 27th, 2020 (regular list price $199 USD). Previous owners of the TS software can upgrade for free by simply downloading the latest version, from the ircamLAB download portal. 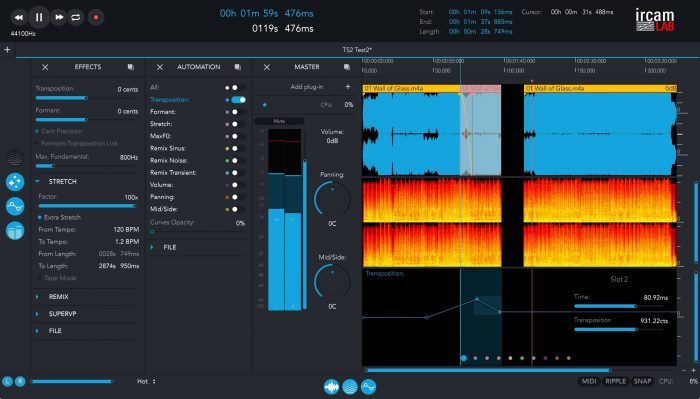