J1000 has announced version 1.5 of its MQ57 and MQ55 parametric equalizers, and version 1.1 of the SX36 threeband stereo processor. 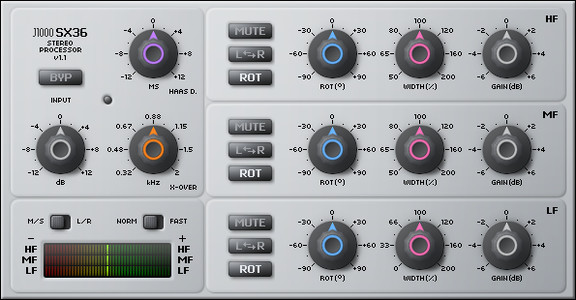 The SX36 3-band stereo processor separates audio into low, mid and high frequencies, and allows for manipulation of stereo properties.

A lot has been changed after careful reconsideration. New graphics, even more optimized performance, some new functions in place of the old ones, file sizes cut in half, and it’s still all for free!

J1000 plugins are available for Windows (VST) as freeware.