Genelec has announced that Jeff Balding has recently upgraded his studio with 8351 three-way Smart Active Monitors (SAM) and a 7360 SAM subwoofer from Genelec.

The multi-Grammy nominated producer, mixing engineer and tracking engineer is know for his work with a wide array of music icons including Taylor Swift, Don Henley, Maren Morris, Megadeth and Peter Frampton. 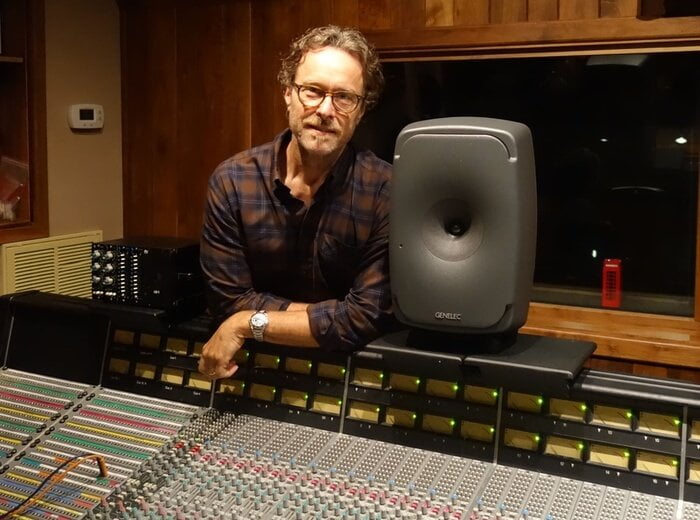 Balding recently became one of the latest members of the music production community to set up shop in the heart of Nashville’s famed Berry Hill district. In addition to the Genelecs, his studio features a full complement of recording gear including a 32-channel API 1608 recording console, Burl B80 Mothership AD/DA Interface, Universal Audio plug-ins for Pro Tools and much more.

“I’ve had the 8351s for a little over a month now, and I have to say I feel excited to go into the studio to work on them,” stated Balding. “I like how they make me react to a mix, and I like the detail I hear on them. As you know, the rule of thumb with speakers is if you can’t hear it, you can’t fix it. And with the 8351s and the 7360As I feel like they give me the detail I need.”

He continues, “I’ve currently been using them on tracking/mixing sessions for singer/guitarist Phillip Phillips and mixing sessions for Don Henley’s Hyde Park performances. I am impressed with the proprietary GLM AutoCal™ technology, and it has some very flexible user features. It’s also proven to be accurate when I take mixes out of the studio. The combo of the 8351s and the 7360As is like having a great sounding set of big soffit-mounted monitors in a near-field package, and for me that’s a perfect scenario.”

Genelec’s 8351 three-way Smart Active Monitor™ (SAM™) was developed in response to the need for increasing audio perfection for near-field recording and mix environments. Offering unique size and technological innovations, the 8351 breaks new ground in electro-acoustic engineering, as the mechanical, acoustical, and signal-processing designs are linked closely together. The result is a system that is completely unique in the professional monitoring industry and represents a bold step forward for the active monitoring pioneer.