Joachim Garraud has announced the Producer Box, a limited-edition product featuring a new album, a complete set of production tools and tutorials. 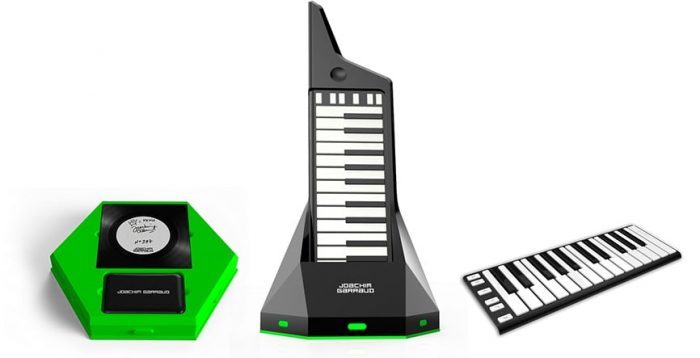 Spanning a career of twenty-five years, French DJ and producer Joachim Garraud has produced, remixed and composed for the likes of David Guetta, Jean Michel Jarre, David Bowie, Beyoncé, Kylie Minogue, Mylène Farmer and has always reinvented himself by pushing the music industry boundaries. With the new Producer Box, a custom, limited edition product that contains his new studio album, a comprehensive suite of software production tools, complete sessions, tutorials and more, Joachim revolutionizes the relationship between artist and fan.

In 2008, Joachim Garraud upended the traditional CD format by releasing Invasion, a collector box containing a mask, t-shirt, ticket for his show and a 7 CD extended version of his album. Three years later, he took the concept further with Invasion 2011, which contained CDs, DVDs, headphones, photo album, a CD rack and more in a wooden, hand-painted treasure chest.

With the release of his third studio album, 96/24, Joachim once again revolutionizes the release experience by offering his limited edition Producer Box. This exclusive musical “object” contains a keyboard controller and hard drives that contains twenty-five years of work and know-how. Created by French designer Sacha Lakic, the Producer Box offers all of Joachim Garraud’s sounds, effects, plug-ins, and synthesizers. A terabyte of copyright-free sounds in .wav studio quality (no Mp3’s) is accompanied by studio sessions and video tutorials in which Joachim reveals his production techniques.

Producer Box is a complete guide to music production – the tools, the techniques, and a finished album by one of the top producers in the industry. Through the Producer Box, Joachim Garraud shares his love for music by creating a new way to deliver his musical experience.