Following the September launch of BLUEBOX Workstation Interface Recorders, JoeCo has announced the release of a dedicated driver for all recent versions of Windows.

Covering Windows 7, 8 and 10, the driver is suitable for the entire BLUEBOX range. Designed to raise the standard of DAW-based recording set-ups, while ensuring that no work is ever lost thanks its unique back-up facility, BLUEBOX is now shipping to all markets. 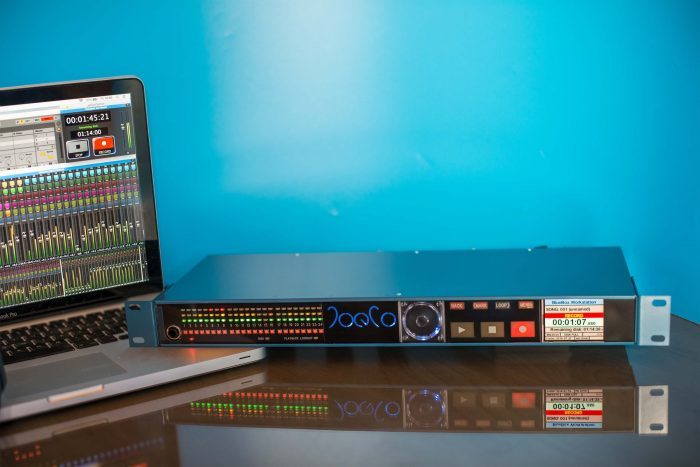 BLUEBOX protects against freeze and failure in DAW-based recording set-ups with a critical back-up facility that ensures no work is ever lost, even in the event of a power failure. Delivering up to 24 channels of individually switchable mic/line inputs with best-in-class preamps on every channel, BLUEBOX also offers all of the plaudit-winning features of the BlackBox Recorder for fully stand-alone, high-end multi-track audio recording in the field.

Two BLUEBOX Workstation Interface Recorders are available at launch in the shape of the BBWR24MP and BBWR08MP. Both 24bit/96kHz models have been designed and constructed to the same exacting standards as the BlackBox range, with its reputation for rock solid reliability. As the names imply, the BBWR24MP provides 24 channels of individually switchable mic/line inputs, while the BBWR08MP represents JoeCo’s most affordable package yet with 8 channels of individually switchable mic/line inputs and 16 channels of dedicated balanced line inputs. All mic channels on both units incorporate JoeCo’s renowned mic preamp designs.

Adaptability is central to the appeal of BLUEBOX. In a studio environment, a BBWR24MP will deliver 24 channels of pristine audio at 24bit/96kHz both to and from a workstation, with near-zero latency and simultaneously back up of all audio at the same quality. In the field, all of the mic preamps become available to deliver a fully stand-alone, multi-channel audio acquisition recorder with near-zero latency and 24bit/96kHz performance. For larger applications, multiple BBWR24MP can be connected to the same Mac (via Core Audio drivers) or Windows (via dedicated ASIO drivers) machine. You can also control your BLUEBOX as you choose, either from the workstation itself with JoeCoControl, or using the JoeCoRemote app for iPad. Both platforms open a wealth of features and functions such as the setting of individual mic pre channel parameters, expandable channel strips and real-time monitor mix adjustment.

“BLUEBOX is already off to a great start and this release of our dedicated Windows driver marks the completion of the first phase of the range’s roll-out,” commented JoeCo Managing Director Joe Bull. “The response that BLUEBOX has already enjoyed shows that the market is hungry for a high-end interface that will protect work with an absolutely reliable back-up, as well as make it sound great.”