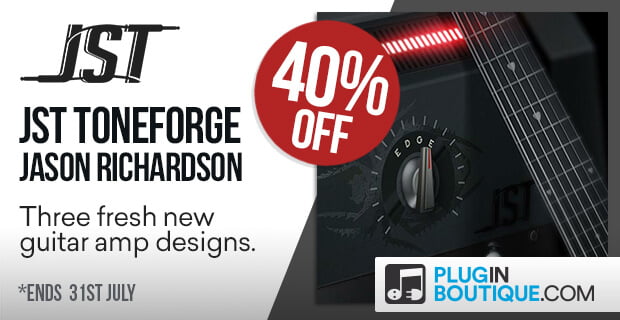 The Toneforge series, developed by Joey Sturgis, is a series of meticulously crafted virtual guitar (and in other models, even bass rigs) combined with mixing tools designed to take you from direct guitar input to a final-mix guitar tone. In this model, Joey created a custom equalizer optimized for tweaking a variety of guitar playing, and a unique dynamic processor designed to control down-tuned guitar low-end with finesse.

Jason Richardson has made a name for himself and his guitar skills in bands such as All Shall Perish, Born Of Osiris, Chelsea Grin, and now as a solo artist releasing a very well-received solo album in 2016. Now, Joey Sturgis Tones is excited to bring Jason’s tone to the masses with his signature Toneforge model plugin.

The plugin (VST/AU/RTAS/AAX) is on sale until August 1st.

Revealed FX Tools Vol. 3 launched at 20% OFF at Alonso Sound