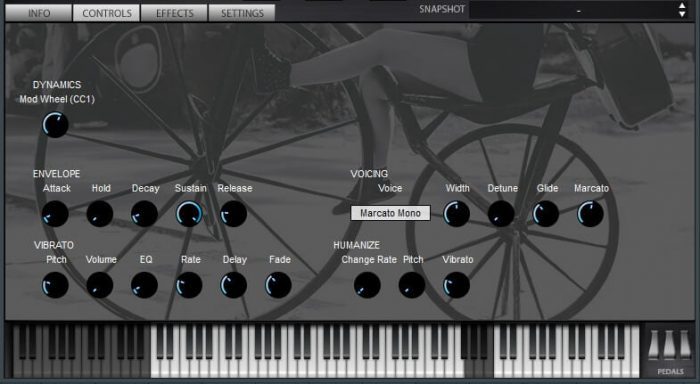 This collaborative release by Karoryfer Lecolds and bigcat instruments is a cello sample library for Plogue sforzando and Native Instruments Kontakt, which is intended to be flexible and easy to use. The recordings are close-miked, recorded without vibrato, and unprocessed, so there’s no pre-baked reverb, compression or EQ. You can shape the vibrato and other aspects of the sound using the provided controls and external effects, which makes this cello especially suited to pop, rock or EDM tracks.