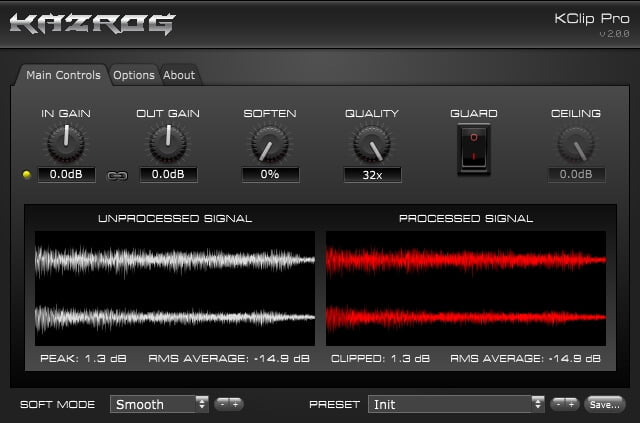 KClip is the most transparent way to increase the apparent loudness of your mixes during mastering. KClip isn’t just for mastering, though – in fact, it’s incredibly useful for adding warmth, distortion, or saturation to individual tracks – use it to fatten up drums, bass, synths, guitars, vocals, and more!

Kuassa launches End of Summer Sale: Up to 43% off plugins & Rack Extensions