Kit Plugins has released an update to the BB N105 channel strip, an effect plugin designed to bring the legendary sound of Blackbird’s Studio A console to your DAW.

Blackbird’s Studio A console is literally a monument of music legend. After John McBride acquired the console in 2001, it underwent a breakthrough restoration process to bring it to its original heavyweight glory. The console then received a series of cutting-edge modifications from some of the most brilliant minds in the audio industry, making it not only extremely unique, but also arguably the best model of its namesake ever to exist!

The free Burier saturation and filter effect plugin has been updated as well. 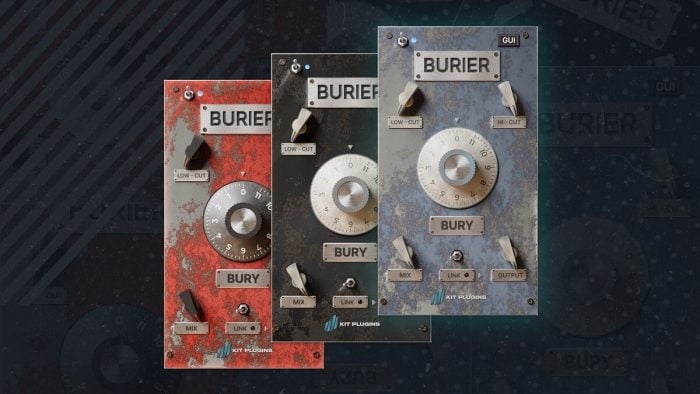 It’s equipped with a seriously savage saturation stage followed by a pair of resonant low- and high-cut filters for optimal tonal shaping. Burier also includes output attenuation and wet/dry mix controls. The filters have a 12 dB per octave slope and are IIR (Infinite Impulse Responses) featuring a TPT (topology-preserving transform) structure. Their behavior is based on the analog SVF (state-variable filter) circuit, which is a second-order RC active filter.

BB N105 V2 is available in VST3, AU and AAX plugin formats, and as a standalone software for Windows and macOS. It is priced $69 USD through November 29th, 2021 (regular $99 USD). The update from version 1 is free to existing owners.

Kontakt Kollektion by Modern Producers: 6-in-1 bundle on sale for $9.99 USD