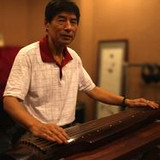 Kong Audio has announced the release of ChineeGuQin, a sample-based GuQin (zither) instrument plug-in for Windows.

With true knowledge of the Chinese instrument, Kong Audio planned GuQin from the ground up. By intertwining the detailed sampling and the tailored Intelligent Legato mode, GuQin is brought back to life in its authenticity. As can be heard from the audio demo, ChineeGuQin captures not only the sound, but also the “silence” (string-sliding), and this “silence” is an integral part to GuQin music.

Also new is the real-time subset browser which greatly helps the user to see which subset is active in the current patch according to the incoming notes. By default ChineeGuQin is in the legato mode. It can be switched to polyphony mode using the Sustain Pedal, giving the musician an easy switch of the playing style. When in the polyphony mode, the playing style is usually played in two sections.

These special promotion deals are available until January 12, 2010.