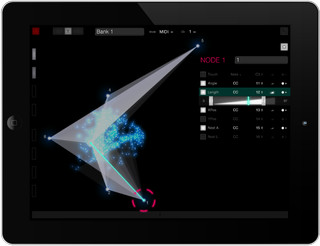 Konkreet Labs has released version 2.1 of the Konkreet Performer controller app for iOS.

KONKREET PERFORMER is a music control and performance instrument that was designed to use multi-touch technology to the full.

Instead of traditional faders and knobs, use multi-touch and gestures to manipulate PERFORMER’s beautiful shapes to dynamically control your computer’s software instruments in real-time.