Korg has introduced a number of new products in the lead-up to the NAMM 2019 show.

The Volca Drum is a digital percussion synth with a 6-part x 2-layer structure. 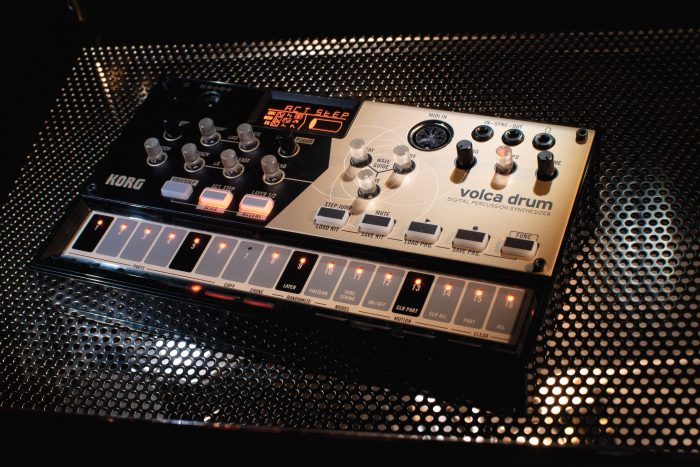 Based on a simple trigger waveform, wave folder and overdrive are used to add overtones and distortion, and then a waveguide resonator effect brings the sound to life. The six-part DSP synth engine was designed with a completely different philosophy than conventional drum machines, and generates a wide range of unexpectedly different sounds. And of course, you can play those sounds from the volca-style sequencer.

Adding these distinctive sounds to your rhythms will revolutionarily transform your performances and productions. 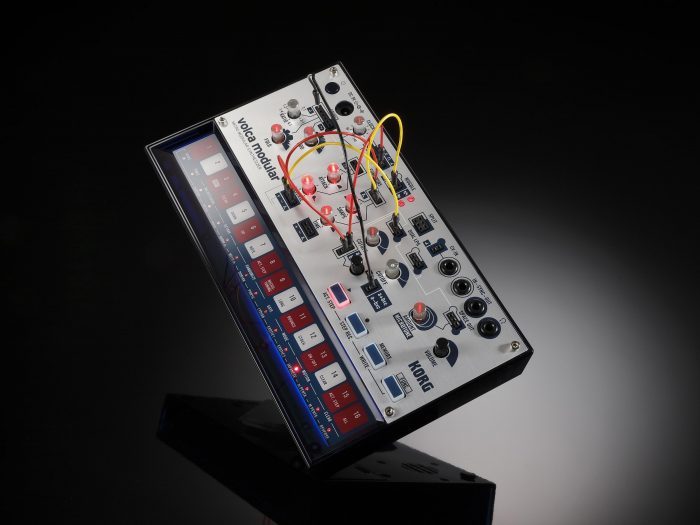 Creating new sounds that don’t exist in the outside world is an unending dream which has continued since the birth of electronic musical instruments. This dream has evolved and expanded throughout the development of new and unique music production devices.

The popularity of modular synthesizers around the world has generated new excitement and interest in the so-called “West Coast style” of synthesis that deviates from traditional synthesis norms.

The compact body of this volca synth features eight modules and 50 patch points. While learning the basics of a modular synth, you can use popular features of the volca synthesizer line to control a unique and different flavor of analog sounds. 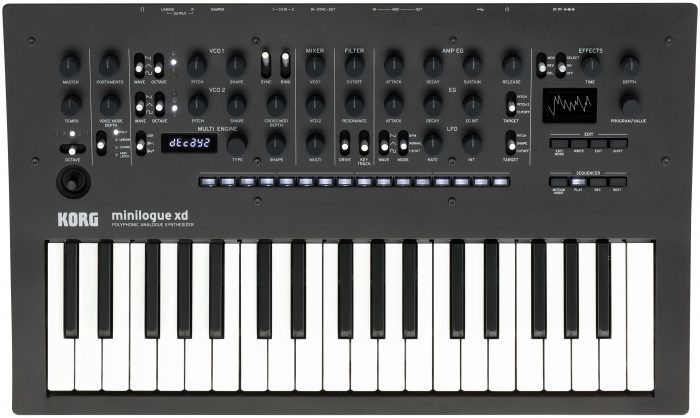 In addition to emphasizing the same real analog sound and joy of controlling an electronic musical instrument offered by the original minilogue, the minilogue xd newly adds a digital multi-engine, effects, a powered-up sequencer, and micro tuning functionality, further expanding the possibilities for sound design and performance potential.

minilogue xd is a fitting addition to the original groundbreaking minilogue.

With KROME EX, Korg presents an evolved go-to synthesizer with a focus on “Future Basics” 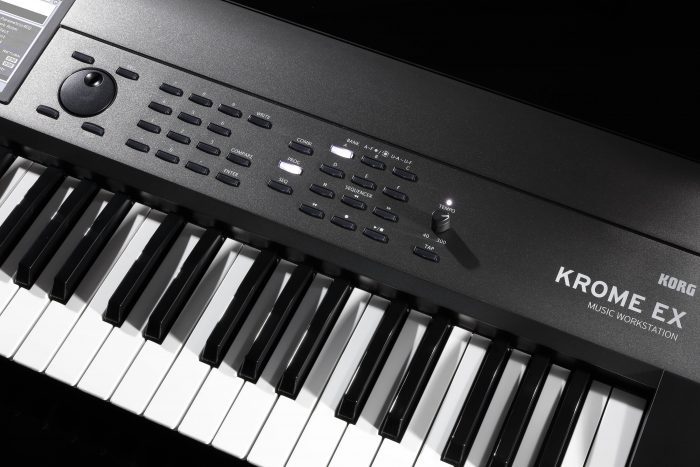 KROME, the best-selling synth focused on packing the most usable sounds into an easy to use platform, has received a major refresh. Updated to meet the needs of the current music scene, KROME EX has a special emphasis on sounds that can immediately fit into productions of all types.

In addition to standard sounds that will never grow old, KROME EX provides numerous new programs and PCM data, including piano programs prepared specifically for this product. This instrument provides high-quality and immediately-usable sounds that take full advantage of the KROME’s high performance specs. The new body also features a newly revamped build and look to accompany the new sounds.

A music workstation for gigging musicians and producers of all stripes. The KROME EX. With a red gradation finish that makes it identifiable at a glance, this KORG KRONOS features the new Italian-made grand piano that debuted on the KORG Grandstage.

It also comes with the pre-installed “KApro Showcase” that collects only carefully selected sounds from KApro, who provided more than 100 of the KRONOS Sound Libraries. The gorgeous color and sound delivered only by KRONOS will make an unmistakable difference on stage.

The KRONOS Special Edition is available in a lineup of three models: 61-key, 73-key, and 88-key. 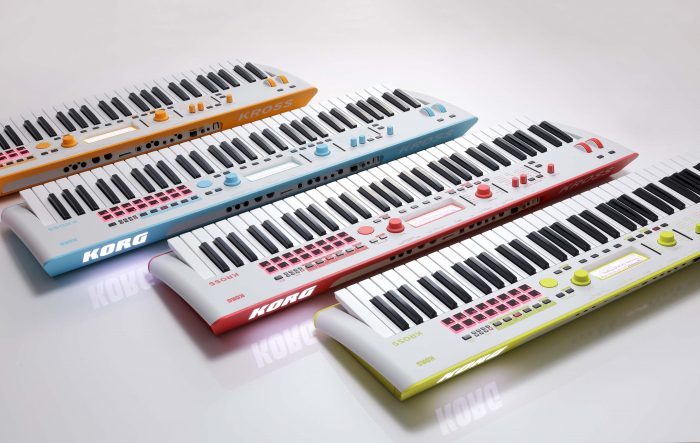 The KORG KROSS 61-key model, popular for its class-beating performance and stylish design, is now joined by new models in a variety of colors. The lightweight body that makes the KROSS so easy to transport is a perfect match for the four new neon colors: green, orange, red, and blue.

With a KROSS sporting one of these new colors, your stage setup will captivate and excite any audience.