Kriminal, who helped in the development of the first Karnage synth by Krakli, has released a number of plugins over the past few weeks. 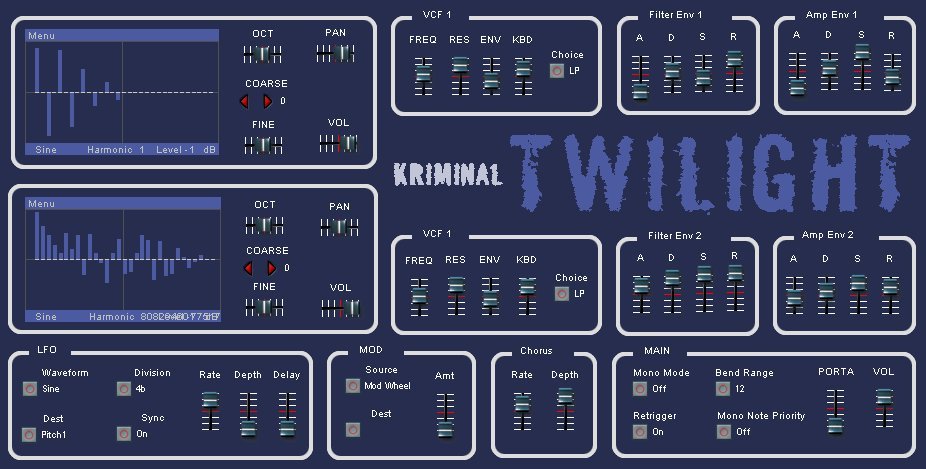 The latest synth is TWILIGHT, a freeware synth featuring 2 OSC’s (EVM LightWave), each with its own filter, filter envelope and amp envelope. It also has MOD and Chorus, and LFO controls. According to Kriminal it’s good for delicate/digital/metalic sounds.

All these plug-ins are made with SynthEdit. They can be downloaded from Kara-Moon.