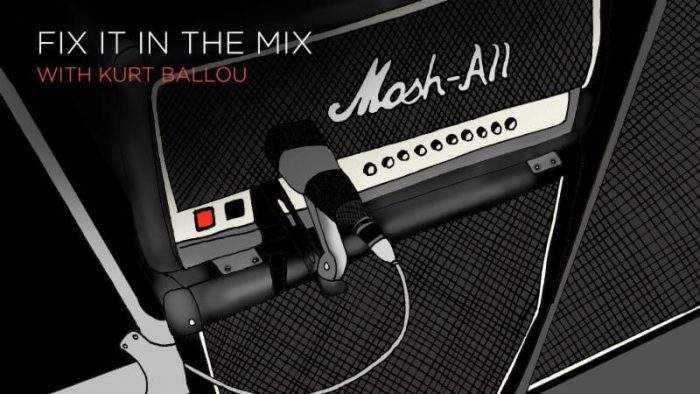 “Fix it in the Mix” will explore organic approaches to recovering and enhancing the natural tones from original performances without replacing drums with samples and re-amping guitars. Ballou will demonstrate how to think outside of the box to come up with creative solutions to audio restoration problems every engineer has faced.

“Obviously sample replacement of drums and re-amping of guitars can be effective ways to revive sub-par recordings, but they can also homogenize the uniqueness of the original tracks,” commented Ballou. “In this class, I’ll explore organic approaches to turn your tracks from trashy to classy.”

Upcoming instructor, Kurt Ballou, is the brains behind Boston’s Godcity Studios. One of the most prolific producers in metal/hardcore/punk, he’s worked with a laundry list of bands including everyone from Champion and Have Heart to Kvelertak, Cave In and Nails. He also plays guitar in Converge, one of the most influential hardcore bands of the past two decades (currently on their eighth album).

Enrolling for “Fix it in the Mix” is free.

More information: CreativeLive / Fix it in the Mix