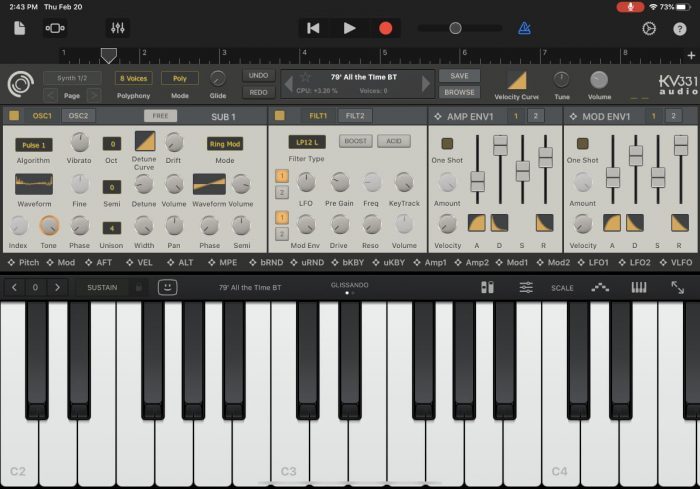 Changes in SynthMaster One iOS v1.3.7

SynthMaster One iOS is available from the App Store for $19.99 USD.

Save up to 80% on Industrial Strength sample packs at Loopmasters