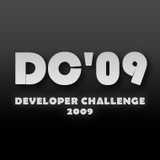 KVR Audio has posted the entries for its Developer Challenge 2009, a contest for anyone who develops audio plug-ins or applications (i.e. a “developer”).

The challenge is to create and release a brand new free audio plug-in or audio application that will benefit the community at large.

Creativity is key, it can be as simple or as complex as you want – KVR members will vote on the entries and pick the eventual winner.

Anyone can make a donation via PayPal, the prize fund will be distributed to the eventual winners.

The sumbitted entries are now available to download. Voting will begin on Monday 2 November, 2009.