Audio Plugin Deals has announced that the deal on the Ventus Ethnic Winds Bundle by Impact Soundworks is about the end. 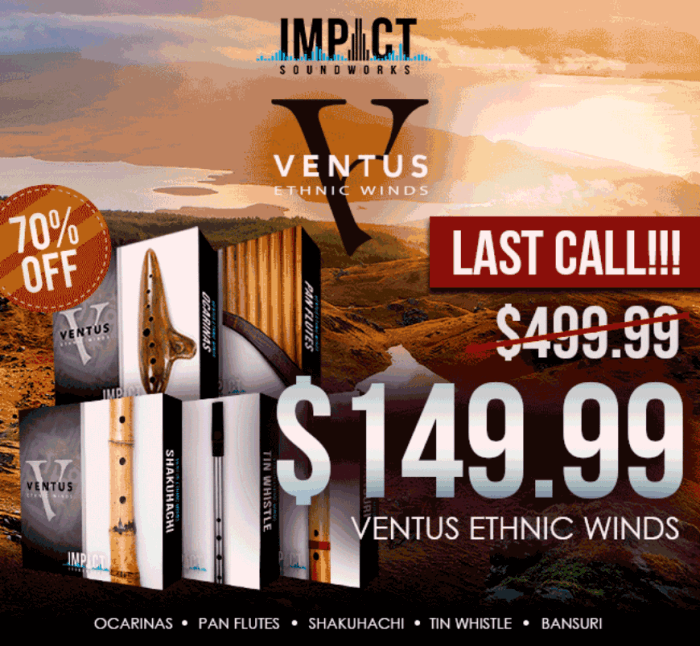 The 5-in-1 Ventus Ethnic Winds Bundle is a collection of beautiful, deep-sampled solo woodwinds from around the world including an Irish tin whistle, Japanese shakuhachi, Indian bansuri, two pan flutes, and three ocarinas.

Built for the full retail version of Kontakt, all instruments use Impact Soundwork’s unified Ventus interface for easy playability and lots of included phrases! You do not want to miss this amazing deal, hurry and save!

This is the ultimate woodwinds collection for beginners and seasoned pros alike. You do not want to miss this amazing deal ending this Wednesday at midnight (EST), hurry and save!

The bundle is on sale for only $149.99 USD, offering a savings of $350 USD off on the regular price of all five included instrument libraries.