Reverb has announced that the Gamechanger Audio’s Light Pedal optical spring reverb is available for pre-order. 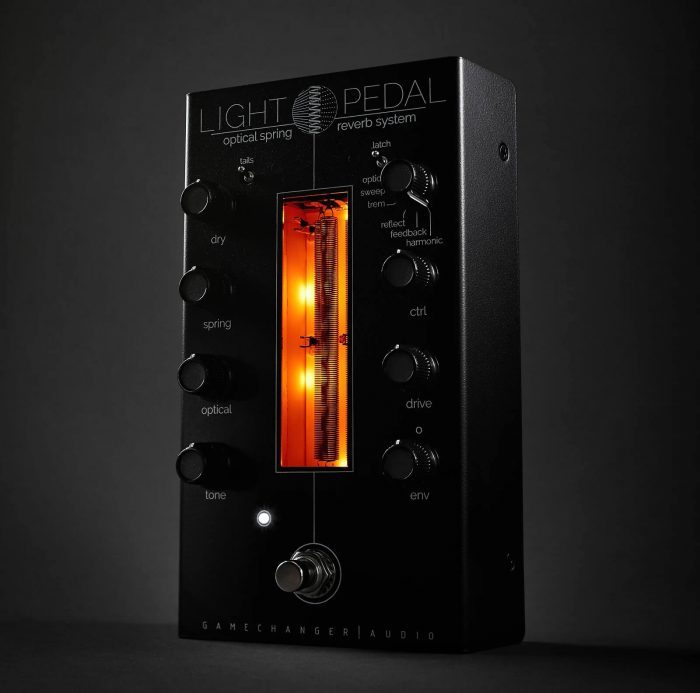 Latvia’s Gamechanger Audio appeared on the scene in 2017, with a bold promise baked into its brand name. From its first release, the Plus Pedal, to its Xenon-tube distortion Plasma units, Gamechanger has already made good on its audacity.

At January’s NAMM 2020 convention, the company showed off a brand-new contraption: the Light Pedal. It’s a spring reverb unit that—instead of crafting its sounds through springs alone—also uses optical sensors to capture the springs’ cast-off vibrations, giving you a wild array of reverberations to play with.

Today, the first 1,000 Light Pedals are available for pre-order, exclusively on Reverb.

The limited batch of signed and numbered pedals are available for $299 USD or 299 EUR (including VAT), with delivery set for late May or early June.

Save up to 57% on Finality Advanced, JST Bus Glue BG-Vocals & Rain Reduction Deluxe