Line 6 has released an updated version of Helix Native, the audio effect plugin that delivers the same HX amp and effects modeling found in the Line 6 Helix hardware guitar and effects processors. 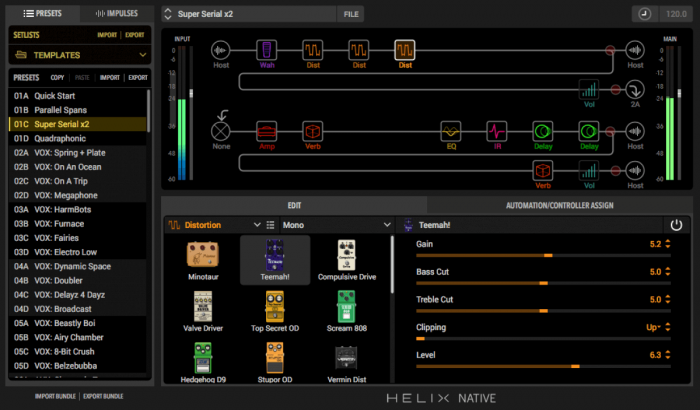 Not just for guitarists, the Helix Native plug-in is also ideal for producers and engineers, sound designers, film/TV/game composers, electronic musicians, and anyone else seeking to craft new and exciting sounds and special effects.

And preset compatibility across the entire Helix family allows Helix hardware users to bring studio-created sounds to the stage by simply transferring their plug-in presets to their Helix Floor, Helix Rack, or Helix LT processors.