LinPlug has revealed a preview of CronoX 4, an update to the sample synthesizer plug-in for Windows and Mac.

This is a big update because the CronoX 4 features a new GUI, not just a cosmetic change or new design elements but a new design from ground up. This addresses the feedback we got from many customers who actually prefered CronoX 2 for its simplistic design.

We worked hard to get that 6 edit page design onto a single edit page. Yes, its on ONE page now, and the best is that the most important aspects of editing a sound are now much better than before. We also added a number of new information displays and help functions so making your own sounds and changing factory presets its much improved. 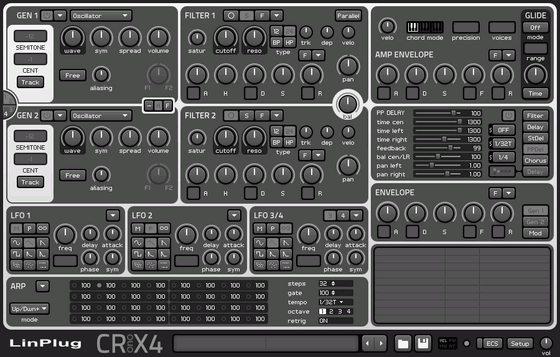 CronoX 4 design draft (color scheme is not yet fixed)

LinPlug has also released updates to the Mac versions of its Alpha, Albino, and CronoX plugins.

The updates are now available to download from LinPlug.