Liveschool has released a number of free drum rack packs for Ableton Live. 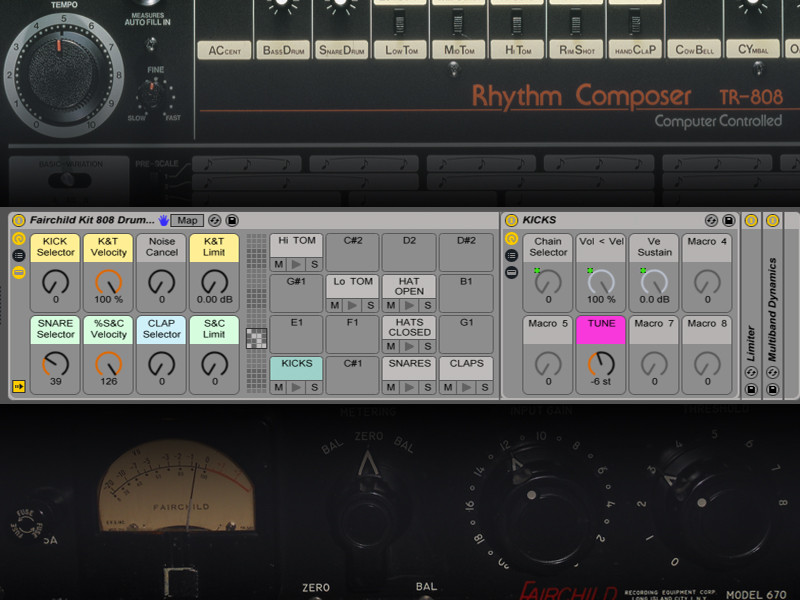 Fairchild 808 — The samples were recorded by manager of Studios 301 and Ableton Certified Trainer Anthony Garvin as we were preparing for our next focus course on Mixing and Mastering.

They were recorded from an original TR-808 through one of 301′s custom built DI boxes, and then patched through the Fairchild 670 via the SSL K-Series console, finally being captured into Ableton Live by an Apogee Rosetta 200 ADC.

Multiple passes of some of the samples where made to include variations on each element, such as a short punchy kick, and the long-decay sub type kick. 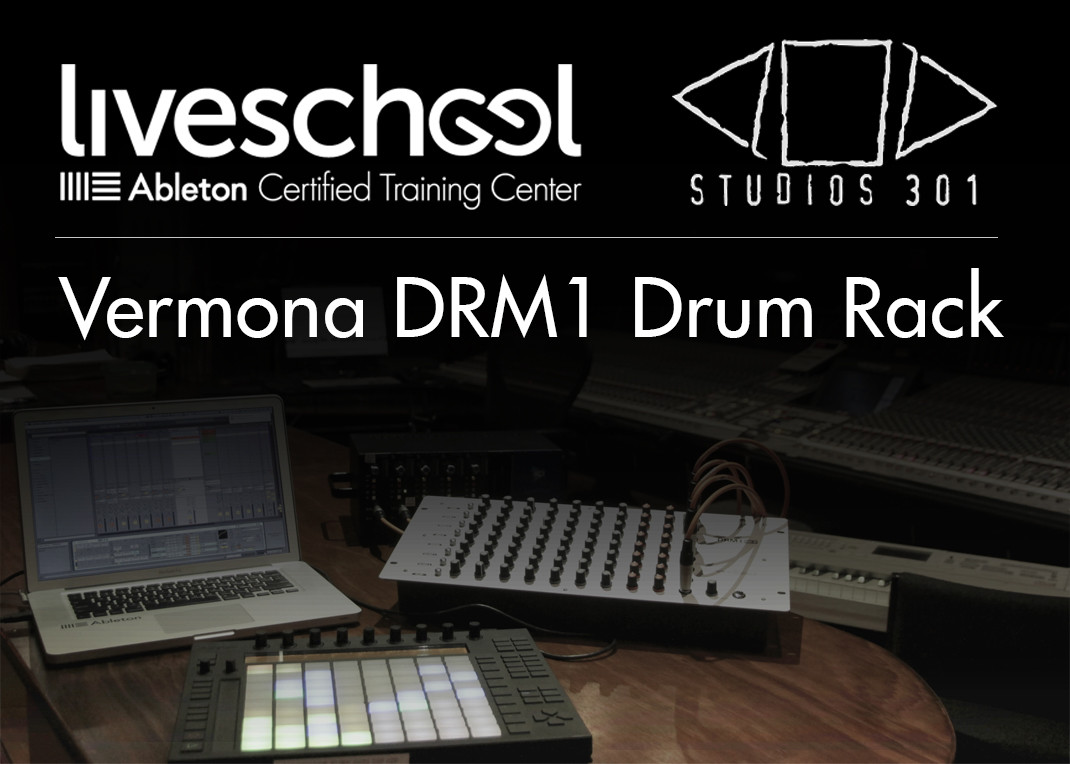 Vermona DRM1 MKIII — Using the per-sound outputs on the Vermona, each sample was passed through a series of outboard gear suited to that sound.

As with our 808 Drum Rack, some these samples were recorded via Studios 301′s very rare (and very valuable) Fairchild 670 compressor. Going beyond the Fairchild this time, we took advantage of more of 301′s outboard gear, and customised the signal chain for each new sound. 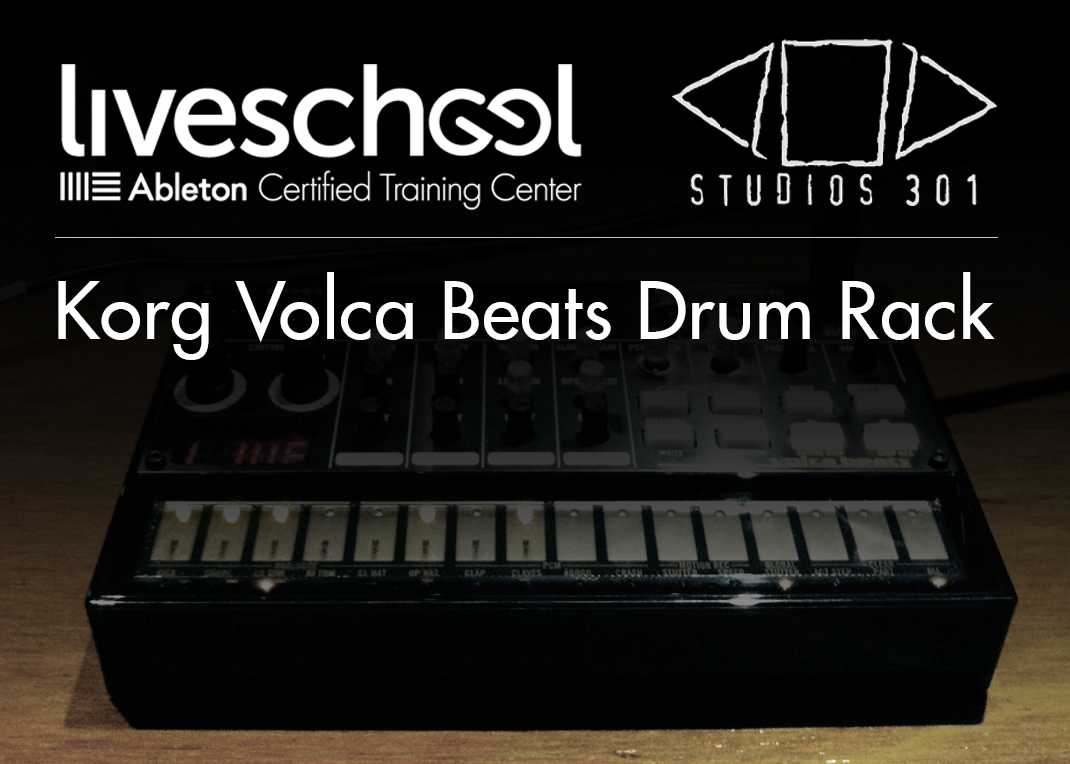 Korg Volca Beats — Over in Studio 2 at Studios 301, the samples were recorded direct from the Korg Volca Beats into an API 512c Lunchbox pre-amp, then through a channel of the SSL 9000k console for some slight compression and EQ, before being captured back in to Ableton Live with a Apogee Rossetta 200 ADC.

It might be a consumer priced drum machine, but it was amongst some giants (with giant price tags) over at 301. It was pretty surreal hearing the Volca’s meaty analog kick booming through the Genelec 1039A main monitors in Studio 2.

The racks are available to download from Liveschool at no cost.