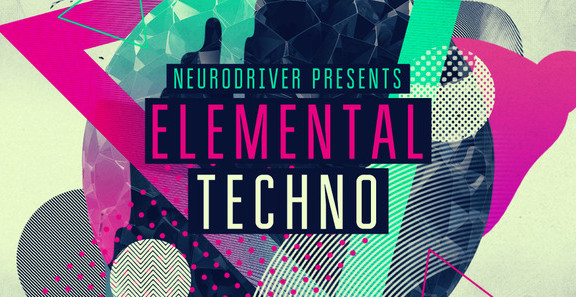 Elemental Techno is a fully loaded 1.2Gb collection of Royalty Free loops and one shot sounds brought to you by Dom Smart aka Neurodriver the head honcho at Broken Records. Included within this collection you will find over 200 tightly produced loops including drum loops with individual stems and fully mixed versions, solid Techno bass riffs and a wealth of robotic blips, drones and atmospheric melodic loops, plus 11 full multi sampled synth and bass instruments together with a powerful arsenal of one shot drums and fx.

A veteran producer, sound-designer and DJ, Dom’s career spans over ten years in dance music, beginning with UK Breaks/Electro outfit Far Too Loud in the mid-2000s, where he pioneered the sound now known as Psy-Breaks. In 2009, he launched his label Broken Robot, before going solo with Neurodriver in order to better focus on his passion for underground electronic music and his new found love for the heady sounds of techno. As a veteran DJ, Dom’s sets have rocked clubs and festivals all over Europe, North America and beyond, with appearances at major festivals alongside some of the biggest names in the business. Now in 2014, a brand new live electronic set has been added to Neurodriver’s arsenal of sonic weapons, which smashed the main Stage of Noisily Festival 2014.

The sample pack is available for purchase for £29.95 GBP, with individual parts sold separately starting at £4.95 GBP.