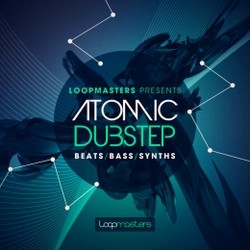 Atomic Dubstep is expertly fused together with the most aggressive sounds found in Dubstep today, capable of concussive shock wave attacks leaving studios across the globe in melt down.

If you want to make such hits like Skrillex, Nero, Seven Lions, Kill the noise, Knife Party, Deadmau5, Hirshee, TheBiocide, Zomboy and others, this pack is 100 % for you!