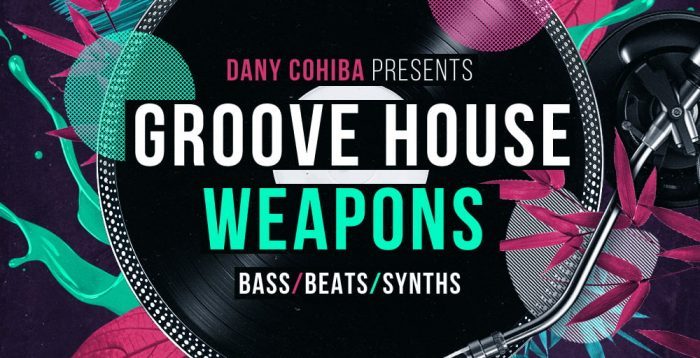 ‘Groove House Weapons’ features over 198 infectious dancefloor loops including; Crunchy Funky Drums with full mixed and separated top loop only versions, Colourful Driving Basses, Inspirational Music loops plus an excess of 250 one-shot drum and synth sounds that have been pre-mapped into the most essential soft sampler formats.