Loopmasters has launched Dubstep Onslaught, a sample pack from the label behind the massively successful Dubstep mix compilation series that showcases the hottest talents of the bass music scene today. 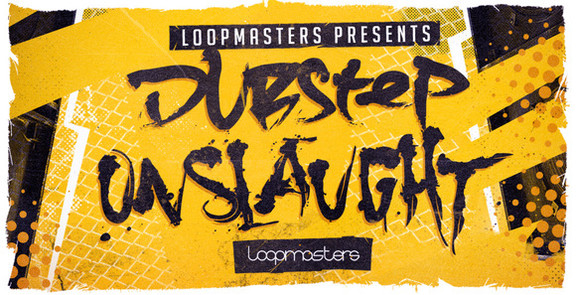 All the sounds on in this collection of Royalty Free Dubstep samples have been Inspired by Artists that have appeared on the Dubstep Onslaught Mix compilations such as Kromestar, Genetix, BAR9, Nero, Reso, Archie Cane and many more.

Dubstep Onslaught features an all killer selection of loops and sounds and has been produced by some of the best Dubstep producers in the game, so expect to find the most ferocious battle ready sounds including Filthy Bass Lines, Hard Hitting Drums and Catchy Synth Hooks for your bass heavy productions.

Worthy of a special note are the layered bass loops with Mid and Sub ranges as separate files for maximum flexibility and ready mixed versions for instant inspiration. The drum section follows a similar path with Kick/Snare and Percussion loops as separate loops and fully mixed versions also available.

The sample pack is available for purchase for £29.95 GBP. Individual parts are sold separately starting at £5.95 GBP.